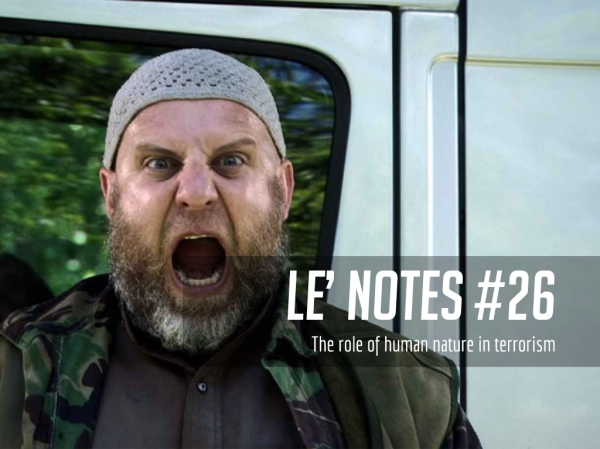 This post discusses the role of human nature as a basis of a “group tent” and how it can lead to violence.

It is worth noting that here, the role of ideology has yet to come into play. Ideology amplifies these inherent traits and funnels them into action.