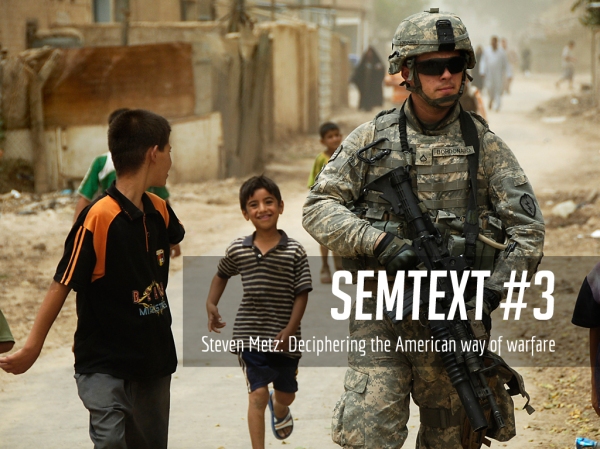 This SemText is a recap of an impressive talk by Steven Metz, who attempts to “decipher” the American approach to war and conflict over the centuries and how the future would look like.

At first, I was not that interested in the topic of the seminar. The American way of war seemed to be such a bore. It’s about power projection, neo-imperialism, all that conspiracy stuff. However, Steven Metz delivered the topic in such an interesting way, I actually had an actual paradigm shift.