During Jokowi’s first term, Jusuf Kalla would be the face of Indonesia in the UN General Assembly, where world leaders would meet for a week of intense, 24-hour diplomacy. Unlike the outgoing Susilo Bambang Yudhoyono, Jokowi is much more reluctant to make international appearances. He would give the same reason every time: he’d rather focus on solving domestic problems first. In the rare occasion that he would show up in an international forum, he would usually use it as a platform to advance Indonesia’s economic interests.

Unfortunately, his speech leaves much to be desired.

Ben Bland’s recent book, Man of Contradictions, is touted as the “first English political biography” of Jokowi. There are two biographies of Jokowi in Indonesian, written by Alberthiene Endah. Other “semi-biographies”, such as “Jokoway” by Joko Sulistyo, are questionable at best, as they are written by active government staff. So, I was anticipating Bland’s biography to provide a more impartial picture of Jokowi’s governance.

In this respect, it delivered. Drawing from his numerous interviews with Jokowi, Ben Bland manages to deliver a relatively impartial assessment of Jokowi’s governance over the years. His central thesis: to understand the enigma that is Jokowi, one must understand his contradictory nature. 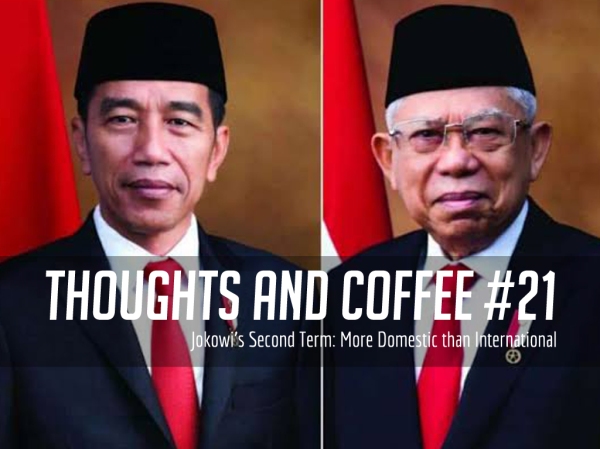 What can we expect from Indonesia in Jokowi’s second term? In this post, I summarize President Jokowi’s inauguration speech and try to analyse what Indonesia’s foreign policy in the future would look like.

On 9 June 2018, both Prabowo Subianto and Joko Widodo, the two presidential candidates for the 2019 Election announced their running mates. Prabowo would run alongside Sandiaga Uno, who was until recently the Vice-Governor of Jakarta; while Widodo would run with Ma’aruf Amin, the leader of the Indonesian Ulema Council.

END_OF_DOCUMENT_TOKEN_TO_BE_REPLACED 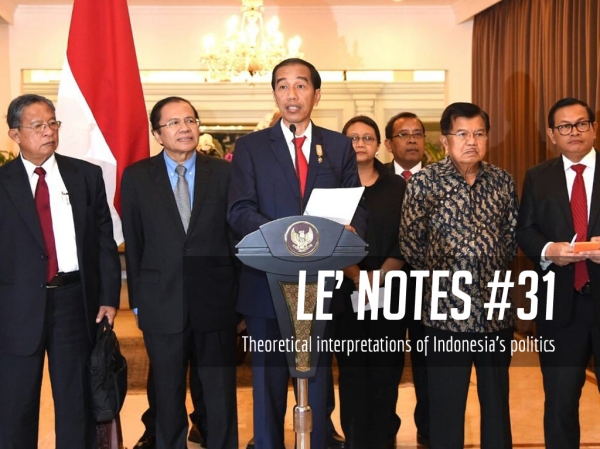 This post discusses the theoretical interpretations of Indonesian politics from the New Order to the ongoing Reformasi era.

The first leg of my journey starts with understanding the different theoretical interpretations of Indonesia’s political system. Most of the scholarly work on Indonesia is focused on the New Order: its genesis, peak, and violent crumble. The market for Indonesian history is practically saturated with New Order stuff with a bit of Sukarno on the side and the colonial and ancient times (the lattermost nobody really cares about at this point, but is slightly important nonetheless). In this summary, I’ll go through the various schools of interpretation, which were mostly conducted by Western academics.