When I was a student back in Intro to IR, I confess I never even touched Thucydides, the Peloponnesian War, or even Machiavelli and Hobbes for that matter. The first so-called realist I was exposed to was Hans Morgenthau, and that was thanks to a translated version of Politics Among Nations (the copy which I never finished and I presume is lost). It was only when I started my MSc that I began to read the Peloponnesian War—mostly from Wikipedia and bits and bits from Donald Kagan’s four-volume work on the Peloponnesian War. Right now, I find Donald Kagan’s version to be much easier to follow than the original Thucydides.

For me, Thucydides was too heavy. Even with the help of maps, indexes, and annotations in Strassler’s Landmark Thucydides, I still found myself lost and not immersed in what Thucydides claimed as a “possession for all time”. Maybe I simply didn’t have the intellectual acuity to follow Thucydides’ magisterial work.

But this did not stop me from trying to assign parts of Thucydides in my syllabi. 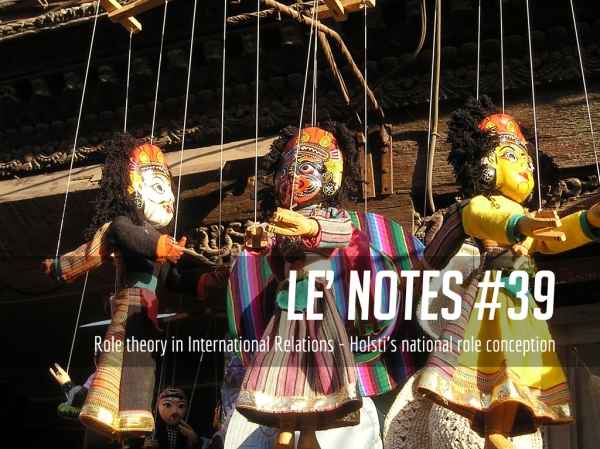 In Note #38, I’ve discussed ontological security theory, which extends the argument that states do not only seek physical security, but also security of the “self”. However, an interesting question pops up: How do states create the “self”? In the previous post, I’ve presented two viewpoints. Mitzen puts an emphasis on how other states view the state in question, which means a state’s relations often defines its role. It’s like that popular piece of self-help wisdom, “You are who you hang out with.” On the other hand, Steele argues for a more self-driven approach: the self is defined by the state by reflecting on what it is. To draw an analogy to daily life, this is like what we hear among more liberal circles, “You are you and nobody can change that except you.”

Role theory, which has been developed in social psychology and anthropology, serves as a useful tool to understand how the “self” comes into being. To do this, I go back to the seminal text of the application of role theory in International Relations, K. J. Holsti’s National Role Conception in Foreign Policy [paywall]. 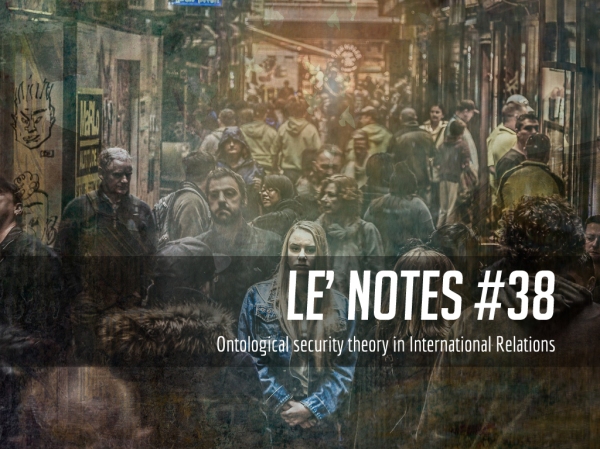 This post serves as an introduction to the emerging canon of ontological security theory in International Relations.

Have you ever noticed why some states supposedly act “irrationally”? North Korea has long been touted as an example of an irrational actor. Despite having been punished multiple times by the international community for violating non-nuclear proliferation and being a general threat to both South Korea and Japan, it doesn’t seem like Kim Jong-un will relent anytime soon.

Or how about the United States, who despite having agreed to international conventions regarding the prohibition of torture and has long been seen as a champion for democratic values, suddenly allowed the use of torture in interrogating terrorists? Why do states contribute to humanitarian operations if it actually costs them?

This post introduces the basics of Neoclassical Realism based on my reading notes. Prior knowledge of Realism is preferred.

When you first walk into any Introduction to IR (or IR Theory 101) class, the first school of thought the professor bombards you with will most likely be Realism. Building upon the assumption that international politics reflects the darkest side of human nature, it proceeds to view the world with pessimism. This is reflected in tales of international politics as told by Thucydides and later, Hans Morgenthau in his classic, Politics Among Nations (1948).