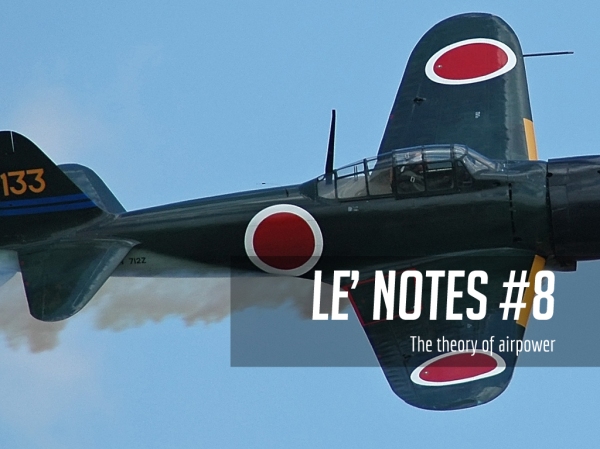 This post discusses the evolution of airpower theory from Giulio Douhet to the age of drones and precision weapons.

Ah, don’t you just love the smell of aviation fuel in the morning? Or would you prefer the “Tennouheika banzai!” of Zero pilots crashing into warships? Or the sound of lamenting cries because a kid died in a drone strike, while the guys over at the Pentagon are cheering because they thought they killed Abu Bakr al-Baghdadi? Either way, that’s the power of airplanes and their payload. To command the air, to dominate the ground. Above all.

Despite the progress of airpower, we’ve only been fighting from and in the air for more or less a century now. From the frightening Luftwaffe to the controversial drone, airpower has been an essential part of any military campaign. Let me walk you through the older theories of airpower, from Giulio Douhet to more contemporary thinkers such as John Warden. Along the way, we’ll see how airpower has evolved from being all about aerial supremacy to precision killing.