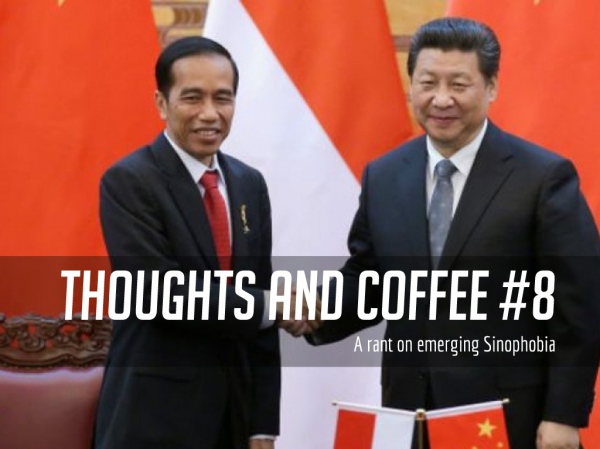 Unity in diversity. Unless you’re ethnic Chinese and non-Muslim.

A sobering quote written by a colleague of mine, Rocky, in a commentary regarding the recent rise of Sinophobia in Indonesia.

While 2016 was indeed a horrible year (which reached peak horribleness with the death of Harambe and President-elect Trump), for me, Sinophobia was a top highlight for Indonesia. Somehow, a select group of extreme Indonesians suddenly decided that Sinophobia was cool again. How did that happen and why should we care? To answer the latter part of my self-imposed question, unbridled Sinophobia will only serve to undo decades of progress.