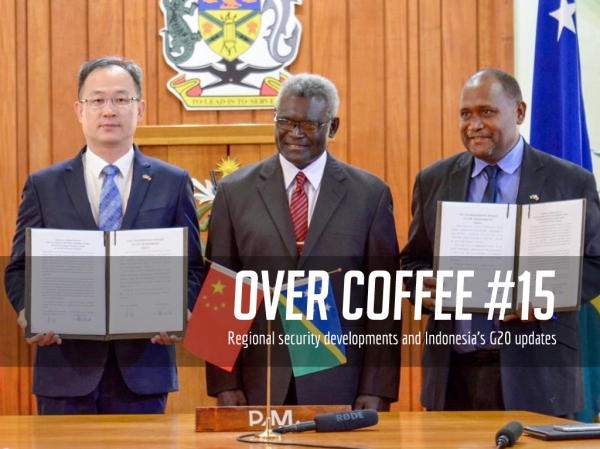 In this recap, I cover recent developments of regional security in the Indo-Pacific, which includes the Solomon Islands and China bilateral security cooperation agreement and the possible expansion of the Trilateral Cooperative Agreement (TCA) between Indonesia, Malaysia, and the Philippines. Then, it’s on to Indonesia’s ongoing quest to build its new capital city and its precarious position as the president of the G20. 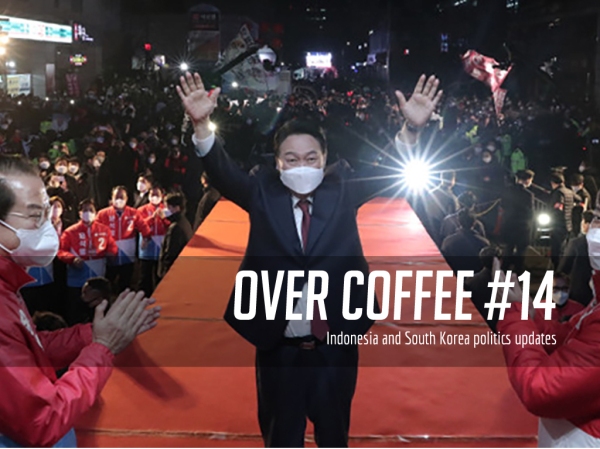 In this recap, I cover some democratic shenanigans in Indonesia as the domestic political elites dangerously entertain a motion to allow the incumbent head of state to extend their term in office. Then, I move over to South Korea, where a new president has been elected. Finally, some updates on the effects of Western sanctions on the Russian economy.

But first, coffee. This week’s recommendation is again from 20mL Coffee’s (at this point, they should sponsor me) Corta blend, which is their proprietary blend of East Nusa Tenggara, Bali, and West Sumatran Arabica beans. I’ve brewed these beans using a V60 and a mokapot, with the mokapot brew served with frothed milk. The V60 brew had a subdued acidic flavor with a rather distinct hint of spices (can’t really tell which spices though, but it does remind me of cloves). The mokapot-brewed white coffee, however, had strong hints of chocolate with low acidity.

Now, on to the recap. 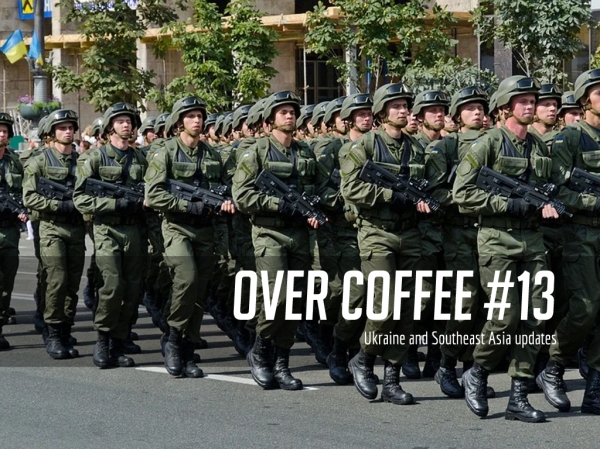 Russia’s unprovoked invasion of Ukraine continues, but it seems the Russians have been stalled. As sanctions from the West continue to impact Russia, Japan emerges as an unlikely partner, pledging to accept Ukrainian refugees and providing millions in humanitarian aid. In Southeast Asia, Indonesia debates to extend the term of office of the incumbent head of state, Joko Widodo. Cambodia also expects to conduct a visit to Myanmar. 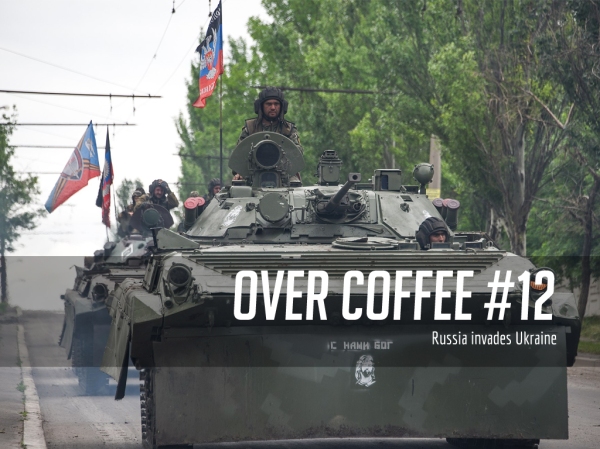 With the flood of information coming out of a near-infinite number of sources, it would be impossible for me to provide decent coverage. So, I shall keep it brief, and stick to mostly the reputable news sites (because there’s an absurd amount of bad information out there) and cover only major developments.

On the eve of the attack (21 February 2022), Russia recognised the independence of the Luhansk and Donetsk regions — also known as Donbas — on Monday. The recognition of the two “People’s Republics” allowed Moscow to mobilise Russian troops into the region, setting up the invasion.

On 24 February 2022, Putin addresses the Russian people, announcing a “special military operation” against Ukraine. In the address, Putin justified the military operations as a response to the “expansion of NATO to the east” and other forms of “illegitimate use of military force” and “containment” by the United States. Putin invoked Article 51 of the UN Charter as the basis for its military operation, which would be aimed to “protect people who have been subjected to abuse and genocide by the regime in Kiev… and pursue the demilitarization and the denazification of Ukraine…” 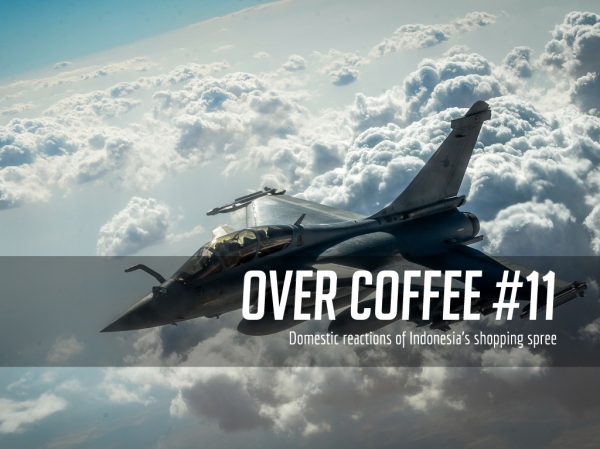 This week I want to focus on domestic reactions of Indonesia’s fighter jet shopping spree. This will then be followed by some interesting updates this week presented in a rapid-fire style. But don’t worry, next week, the usual weekly update will resume.

Speaking of coffee, I’ve finally found the time to visit one of my top 10 cafes in Jakarta, Blacklisted. Though it’s a bit on the pricey side — and I begrudgingly had to settle for the place since I found out Angel-in-us at Lotte was permanently shuttered — their flat whites are top-notch and they have a decent selection of food. I paired it with a chocolate-orange cake (it’s a cheat day!) and had a nice morning snack. What keeps me going back to the place, despite it’s rather premium price tag, is that it isn’t too crowded, and there’s this nook with a chair that I provides maximum comfort for reading and journaling. 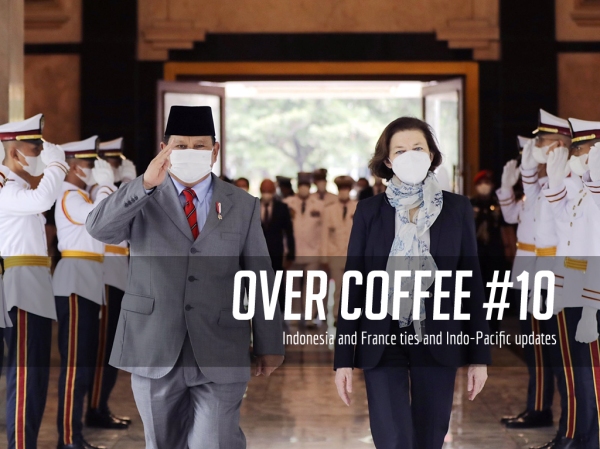 This week’s recap covers new developments in Indonesia’s “Papua strategy”, which has been predominantly militaristic in nature, and some good news on the development of Indonesia and France defence ties. There are also some updates on the Indo-Pacific.

I’m not actually trying any new brands of coffee this week. So far, I’ve been enjoying last week’s batch of wine-processed Gayo beans. Turns out I just needed to adjust the grind size and amount of water. Right now, I’m using a 16:1 ratio of water to coffee. While some might decry this as a travesty since it dilutes the coffee a bit too much, I find this is to be a tolerable ratio simply because the Gayo is just a tad too strong for my taste. 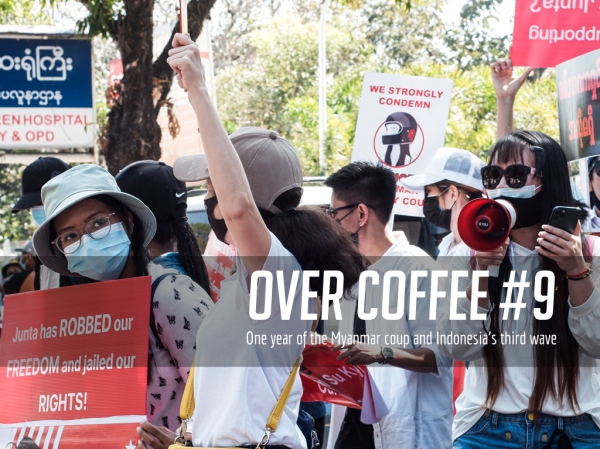 This week marks the anniversary of the Myanmar coup, which was remembered by Myanmar citizens in silence as the junta continues to crack down on opposition. In other news, Indonesia faces its third wave, and its initially rosy relationship with Singapore faces some potential turbulence.

I received another gift today, a fresh batch of Aceh Gayo wine-processed coffee beans. When brewed with a V60, the result is an intensely bright coffee with a strong fermented taste. It was a bit too overpowering for my palate. 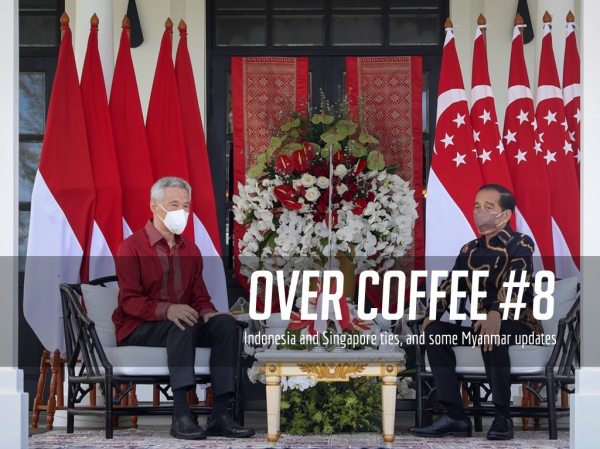 This week’s buzz is mostly over meeting between Joko Widodo and Lee Hsien Loong, which has been expected to propel bilateral ties further. And that it did, with the retreat (which was postponed for two years due to the pandemic) producing three major agreements. Other stories include Indonesia’s rising Omicron cases, naval hardware progress, and its plans for increasing health resilience as G20 chair. Then, there are some updates on the situation in Myanmar.

So, one of the good things about being a teacher is I sometimes get gifts from students who have graduated. This time, it’s Papua Wamena beans from Arvac, which has a distinctly bold (on the verge of being overpowering sometimes) character. It’s not too sweet, has a rich body (even when filtered) and there’s definitely a long lingering aftertaste. Definitely recommended if you like your coffee with some heft. 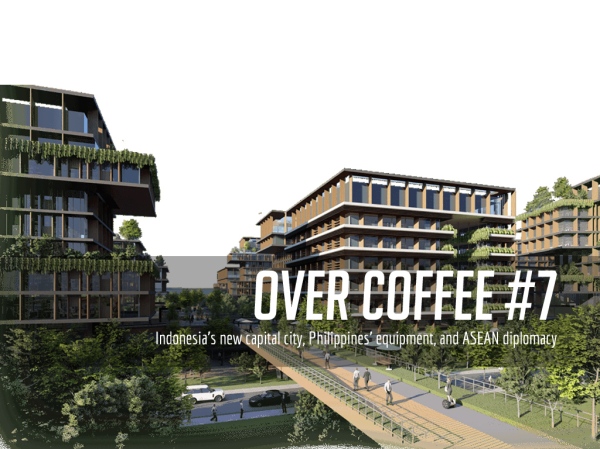 This week’s recap is about Indonesia’s new capital city, which is set to be christened “Nusantara”. Then, we move on to the Philippines acquiring new defense equipment along with the continued fallout of Hun Sen’s Myanmar visit.

Unfortunately, I haven’t acquired any new beans this week as I was busy relocating. Coffee recommendations will resume next week!