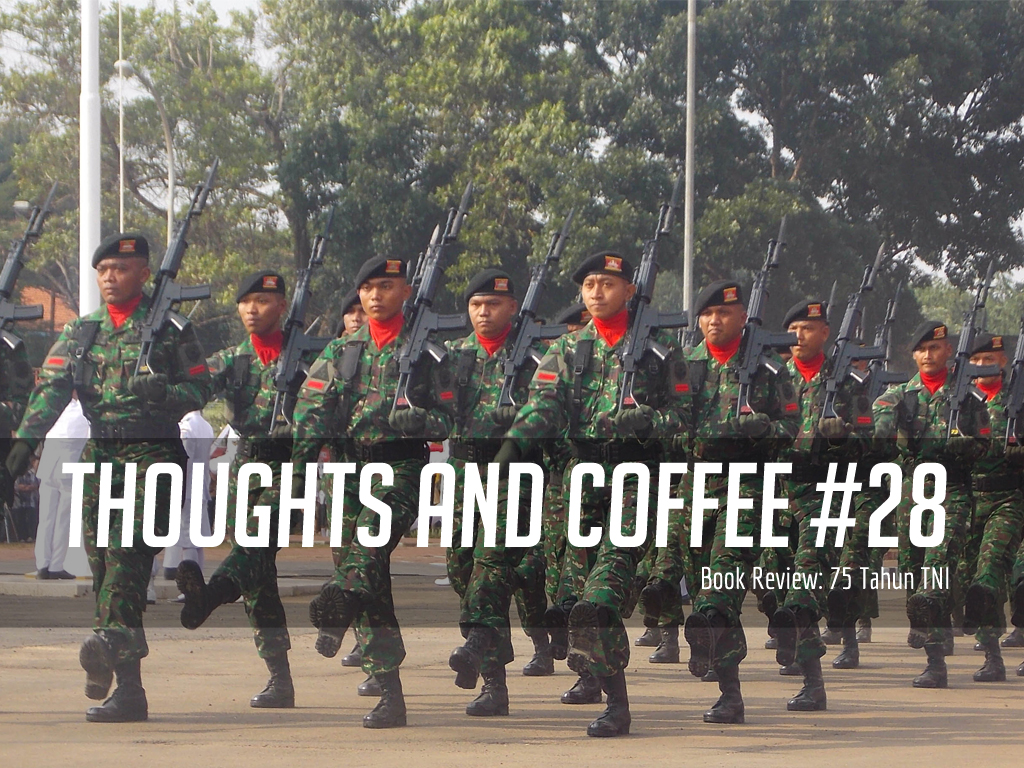 How and why do military organisations change, especially in a post-colonial state?

I received a complimentary copy of the book from CSIS Indonesia. It’s a rather hefty publication, topping 300 pages which is chock full of datasets and loads of secondary sources. It would need to be so, as the authors try to prove at least four different hypotheses on military change in Indonesia. The book is written in Bahasa Indonesia, so I will translate many of the direct quotes in the book for the purpose of this review. The authors have hinted at a possible English translation, but that might take some time.

In this review, I look at the main contributions of the book. I first examine where the book stands in terms of existing literature. I then discuss how the book adds to the existing debate, while also addressing some of the book’s few shortcomings.

Where this book stands

A post-colonial theory of military change: a summary

The authors attempt to construct a model which explains military transformation in Indonesia, which they call “the bureaucratisation of professionalism” (pelembagaan profesionalisme (p. 29)). The model draws from previous theories of military change, such as culture, threat perception, civil-military relations, and norms diffusion, but the authors tend to focus on two intervening variables: bureaucratisation and professionalisation. Bureaucratisation is identified as the “routinization of processes”, whereas professionalisation refers to “value infusion” (pp. 46-47). In sum, the organisational changes within the TNI are dependent on how the organisation essentially bureaucratises its members professionalism, which often results in either gradual change in the military organisation (either in its “software” or its “hardware”) or abrupt transformation. The subsequent analysis thus shows the TNI to often fluctuate between changes to its “software” (organisational routines) and “hardware” (arms acquisition) during the last 75 years.

They base their framework on the characteristics of revolutionary postcolonial militaries (pp. 47-50). Some notable characteristics include a lack of strong state institutions to establish civilian control the military, resulting in efforts to assimilate the military into the political apparatus; internal threats such as separatism; and, a perceived need to “catch up” by emulating other militaries.

Gathering data on the TNI isn’t an easy task. Gathering data on the TNI for over 75 years and triangulating it with external databases is Herculean. This is a major strength of the book; it presents new datasets for future scholars to tinker neatly presented in a fine package. From statistics on arms diversity, financial regulations, operations, and even officer-level education, there’s something for everyone, and this alone provides a much-needed update to the scholars of the Indonesian military. I believe this book would be widely cited just for the datasets alone.

Shortcomings: one book cannot rule them all

The authors acknowledge that a single volume would not be sufficient to fully demonstrate their proposed framework of military change in post-colonial states, and this is often evident in the rather uneven analysis in the book. In chapter four, for example, the authors take us on a detailed tour of the changing nature of Indonesian military operations. However, the chapter ends with a short, four-page conclusion which I felt did not adequately demonstrate the framework being operationalised. In Chapter 5, which I believe is the most developed chapter, the analysis seems to fall a bit short. For example, the authors assert correlation between innovation and professional military education, however, there seems to be a lack of discussion of what specific innovations, both bureaucratic and technical, that educated officers bring back after their studies. I am inclined, however, to believe this shortfall is due to space and time limitations and not negligence of the authors.

Another minor shortcoming of the book is its pacing, particularly from Chapter 2 onwards. After a sprawling literature review which feels like a slog especially for the uninitiated, the reader is then thrust into Chapter 3 which discusses defence economics. For the uninitiated, the chapter hits the reader like a brick with its dense exposition and often hard to decipher (mostly due to the black-and-white print), graphs and tables of defence acquisition, spending, and arms diversification. Chapter 4 is much more detailed, as the authors shift to a more heavy-descriptive style in order to tell the numerous operations that the TNI have embarked on for the last 75 years. Chapter 5 is perhaps the most balanced. It gets straight to the point, analysing the TNI’s organisational structure, from the career ladder to the “promotional logjams (paywall)”, and its effects on the “bureaucratisation of professionalism”.

I wish this book had existed when I was studying the Indonesian military in-depth. The datasets and its unique hypothesis would have been extremely helpful in a field that lacks a detailed focus on the TNI as an organisation. Despite its minor shortcomings, this book serves as an important starting point for more robust research on the Indonesian military as a whole.