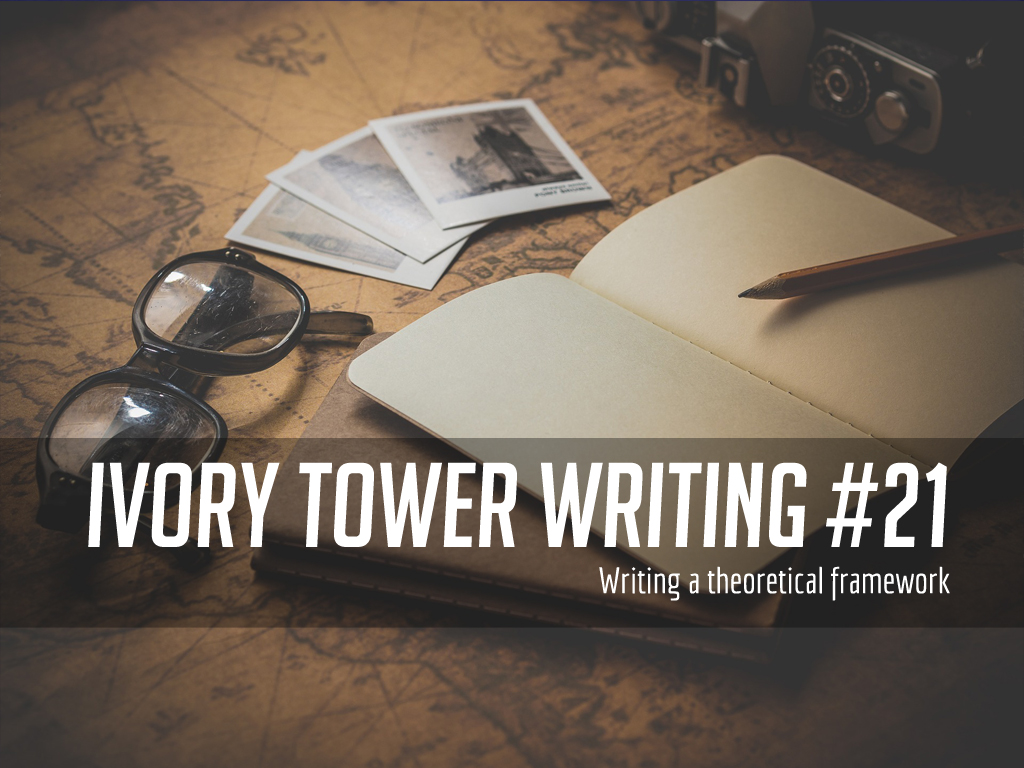 Most of the time, your professor will likely ask you to support your paper with a theoretical framework. What you think this means may be,

“Oh, I just need to find a theory that fits my current problem,”

“I just need to list every single theory which I think has the slightest relevance to the topic I’m writing about,”

However, this isn’t usually the case. So what is a theoretical framework and how should you go around to creating one? Don’t worry, this is what this post is about.

Your entire essay will be about showing whether economic sanctions on developing countries either work or do not work. But now you’re thinking, “How am I supposed to show that?”

You don’t have to worry, because there’s already a bunch of literature out there debating the effectiveness of economic sanctions. However, as Peksen (2019 [paywall]) identified, there are multiple shortcomings of the literature on economic sanctions. As a researcher, your job would be to approach the problem by crafting a method (grounded in theory, of course) which would address the shortcomings while at the same time proving your hypothesis.

That, however, is often a tall order for most of us, unless you have decided to dedicate your life to the pursuit of the answer. Instead, if you just want to prove your hypothesis correct, then you need to find a theoretical basis for your essay. To do this, you remember all of the different strands of theories on economic sanctions that you’ve read during your lifetime. This is where the literature review (discussed in Ivory Tower Writing #6) comes in. But, the literature review is just (often) fertile ground for you to begin constructing your theoretical framework.

Now suppose that you have located a possible theory within the literature, which I’ll just call the “multilateral argument for the effectiveness of sanctions”. This strand of argument believes that economic sanctions will be much more effective if it were issued by multilateral institutions instead of great powers on a unilateral basis. Why so? Again, there are many answers, but for the sake of this example, let’s assume you believe in the “compliance” argument. The idea is that multilateral organisations are more likely to have proper compliance mechanisms in place to prevent states from something called “sanctions busting”, which basically means they trade secretly with states they’re not supposed to.

Considering all of this, is your theoretical framework ready? Not exactly. You see, what we just did was just the first half called conceptualizing. We unpacked some of the logical assumptions which will be the basis for answering our question and we’ve arranged them in some logical order.

But now you need to show whether the assumptions are true. So, how do you do this?

The second half: operationalization

“Operationalization” is a daunting word, especially if you’re attending your first Research Methods class. But, if we cut through the scary language, to operationalize a theory simply means “how can we make a bunch of abstract assumptions work?”

If you’re still lost, then don’t worry. Picking off from our previous example, we still have no idea how we can show the relationship between compliance and effectiveness of economic sanctions.

The first thing to do is to first define the term “effectiveness”. This is still a heated debate among economists and IR scholars, so what you need to do is to settle for a way to make sure that everyone is on the same page. You may want to propose a working definition of what “effectiveness” means (again, this would require going back to the literature review). Since you aren’t working on a dissertation, then you may settle for the following working definition which I believe would be accepted by the general majority:

An economic sanction is effective when it forces a change of behavior in the other state which aligns with what the sanctioning state/institution preferences.

Notice the italicized words. You should now have an idea of the real things you ought to be looking for to answer your question.

Then, there’s “compliance”, which you need to also elaborate. What are considered good measures of compliance? If it is a multilateral institution, the most obvious sign would be the presence of some sort of enforcement. This may be in the form of an arbitration court or its equivalent, or it could be a Council of sorts that have the power to punish its member states if they violate sanctions. So, let’s add these parameters to the diagram:

So right now, you have a diagram which basically tells your reader that you will show that economic sanctions on developing countries work by examining whether they have adequate compliance mechanisms set up within the organization.

So what was the point of all that?

A theoretical framework consists of concepts and, together with their definitions and reference to relevant scholarly literature, existing theory that is used for your particular study. The theoretical framework must demonstrate an understanding of theories and concepts that are relevant to the topic of your research paper and that relate to the broader areas of knowledge being considered.

In our short hypothetical scenario, we want to convince our readers that:

Just note that you have a lot of freedom in constructing your theoretical framework. You’re free to use whichever theory you prefer and you also have some freedom in determining the variables you observe. Just remember, though, that it’s also really easy to fall into these common traps:

So I think that covers some of the important parts of writing the theoretical framework.