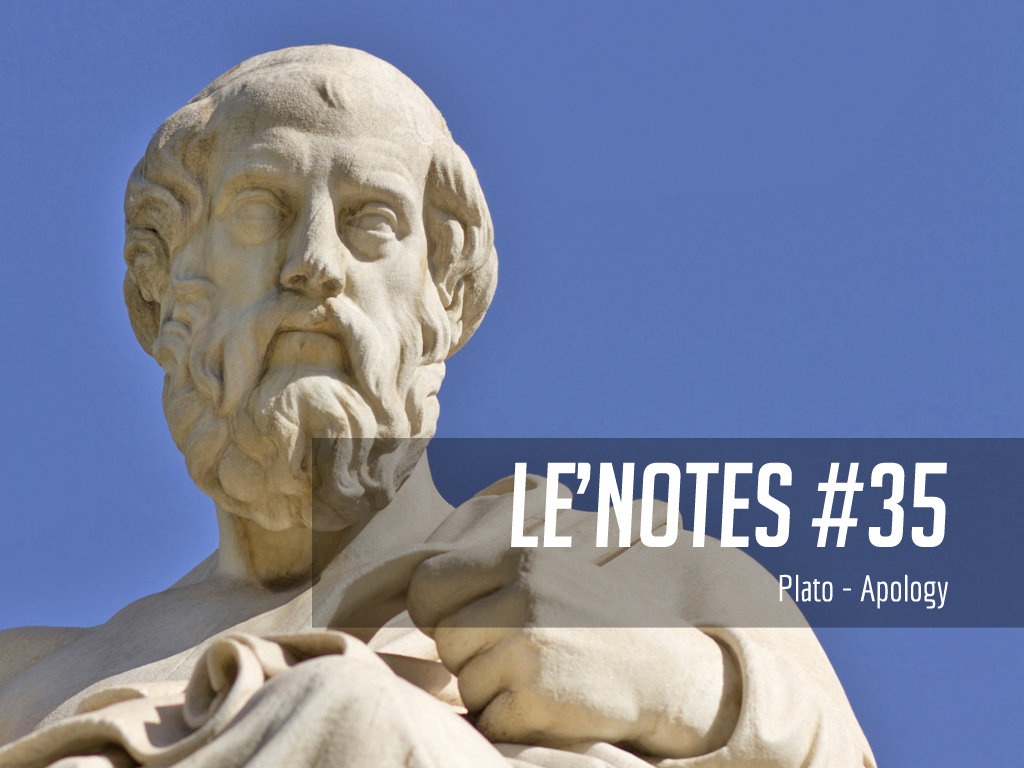 This post covers Plato’s Apology and its relevance to political philosophy.

“Mankind can hardly be too often reminded, that there was once a man named Socrates, between whom and the legal authorities and public opinion of his time, there took place a memorable collision.” – John Stuart Mill, Essay on Liberty

We’ll look at what the Apology covers and why it is important to political philosophy.

What does Apology cover?

The Apology, in a nutshell, is Socrates’ defence against charges of impiety and corruption of youth. Or you could think of it as Socrates’ reply to people telling him to shut up because he’s philosophizing too much.

The charges of impiety and corruption were both meant to attack Socrates’ method of education. By introducing the youth of Athens to his unique brand of dialectic — the Socratic inquiry — the prosecution deemed Socrates was endangering existing norms and practices. Specifically, Socrates questioned the wisdom by the so-called wise men of Athens, such as the poets, sophists, and politicians.

In the latter part of the Apology, Socrates defends himself and his ways by likening himself to a “gadfly”, a necessary nuisance to prevent the state from “napping” too much and give it a spur once in a while. Furthermore, he justifies his philosophizing by saying:

But I shall be asked, “Why do people delight in continually conversing with you?” I have told you already, Athenians, the whole truth about this: they like to hear the cross-examination of the pretenders to wisdom; there is amusement in this.

In the end, however, Socrates was charged guilty and sentenced to death. Even in the face of death, Socrates stood firm and condemned his accusers:

And now, O men who have condemned me, I would fain prophesy to you; for I am about to die, and that is the hour in which men are gifted with prophetic power. And I prophesy to you who are my murderers, that immediately after my death punishment far heavier than you have inflicted on me will surely await you. Me you have killed because you wanted to escape the accuser, and not to give an account of your lives. But that will not be as you suppose: far otherwise. For I say that there will be more accusers of you than there are now; accusers whom hitherto I have restrained: and as they are younger they will be more severe with you, and you will be more offended at them. For if you think that by killing men you can avoid the accuser censuring your lives, you are mistaken; that is not a way of escape which is either possible or honorable; the easiest and noblest way is not to be crushing others, but to be improving yourselves. This is the prophecy which I utter before my departure, to the judges who have condemned me.

How is this relevant to political philosophy?

In the Apology, we can find some of the oldest and foundational questions of political philosophy and science that continue to be examined even today.

One of the questions which we can take from Apology is the question “Who has the right to educate our younger generation?” followed by the “How?” We can then further extend this to the heart of the dilemma of political philosophy: the collision between the search for knowledge (individual liberty) and the greater good (collectiveness). Or in other words, freedom of speech against the status quo.

It is clear in the Apology that Socrates criticises the method of teaching in Athenian society. Youngsters were taught by men who claimed to have specialised knowledge. In addition, they also charged fees to these youngsters to study under them. Socrates was sceptical of the knowledge these men held. As Socrates understood it,

I found that the men most in repute were all but the most foolish, and that others less esteemed were really wiser and better … they are like diviners or soothsayers who also say many fine things, but do not understand the meaning of them.

Socrates accused these “men” did not possess “true” knowledge; they only claimed such. To arrive at “true” knowledge, we would need to start from zero and question existing authoritative voices who claim to know the truth. However, Socrates’ proposal also endangered the status quo at that time: the ideal Athenian warrior-citizen. A citizen of Athens had to embody warrior virtues — to be noble, chivalrous, physically fit, and capable of following orders. This was at odds with Socrates’ approach of “questioning everything” including authority, which was perceived to undermine the existing method of instilling values on the younger generation. Remember the maxim “The unexamined life is not worth living”. The Socratic inquiry would allow citizens to form their personal convictions on politics. Should this be allowed, especially when citizens form convictions that go against the collective interests of the state? For to be a good citizen, one should conform to the boundaries set by the political system. Would questioning them make one a bad citizen? Or is Socrates actually being a good citizen by raising these concerns?

I am that gadfly which God has given the state and all day long and in all places am always fastening upon you, arousing and persuading and reproaching you. And as you will not easily find another like me, I would advise you to spare me. I dare say that you may feel irritated at being suddenly awakened when you are caught napping; and you may think that if you were to strike me dead, as Anytus advises, which you easily might, then you would sleep on for the remainder of your lives, unless God in his care of you gives you another gadfly.

These are perhaps some of the most fundamental questions political philosophy, if not philosophy, in general, continues to wrestle with.

Apology makes for a very interesting read. It is philosophical and beautifully written — a fine mix between philosophy and literature at the same time. Substance-wise, it also addresses some of the fundamental questions of political philosophy, such as the clash between individual expression and collective conformity and the question as to who has the right to educate the younger generation.