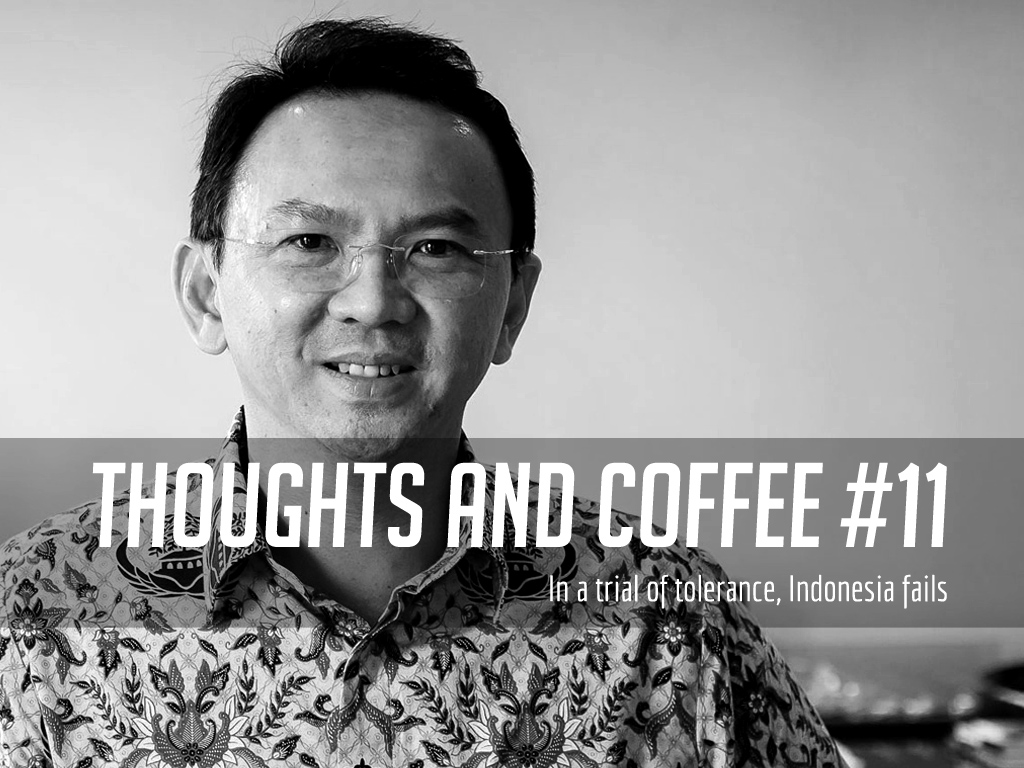 The Ahok trial has come to an end. The judges ruled Ahok guilty of blasphemy and sentenced him to two years in prison. The sentence was higher than the prosecution’s demands — 2 years of probation and 1 year in prison if Ahok reoffended — and was considered an unfair decision by many of his supporters and the general public following the trials.

Justice has failed. If Ahok’s trial did anything positive, it showed the world that Indonesia’s blasphemy laws belong not in a democratic and plural society.  It also showed that Indonesia may as well fall into extremist clutches.

The trial and subsequent verdict was a sham. The judges did not even bother consider the defence’s arguments and proceeded to make broad but unsubstantiated statements regarding Islam being “hurt” and the people being “divided” as a result of Ahok’s statement. They also failed — or rather, deliberately disregarded — to consider the malicious undertakings of Buni Yani, who disseminated an edited video which significantly altered Ahok’s original statement. The judges were obviously acting out of mob pressure as opposed to the principles of justice.

In response to this injustice, concerned citizens have brought upon themselves to mobilise and gather together to lament justice’s death. Candlelight vigils have been scheduled across the archipelago. Let the flicker of candles serve to illuminate through the dark period that Indonesia is going through now.

What does the Ahok trial bode for the future?

For starters, it sets a dangerous precedent for future blasphemy cases. The 1965 Blasphemy Law is problematic in and of itself, as it does not specify what qualifies as “blasphemy”. This makes it susceptible to multiple interpretations. With the conclusion of the Ahok trial, it would be possible in the future for someone to be charged with blasphemy even if their statements are altered and disseminated by a third party. The third party would then be able to walk away scot-free and be crowned as a “religious hero”.

It could be said, pessimistically, that from here on out, it is unlikely that minorities, regardless of merit, will be able to emerge on the political stage (at least in Jakarta). If Ahok could be removed simply on the basis of religion, others could face the same fate too. So much for democracy and tolerance.

Extremist Islamist groups will enjoy freer reign as they have proven they can pressure the justice system towards their favour. This bodes well for the oligarch puppet masters who pull the strings. In 2019, it would be interesting to see who dominates the streets. Will it be extreme Islamists or the opposite end of the political spectrum? Throughout the Jakarta elections, they have proven that they have reclaimed the streets from the liberals and progressives.

For the time being, let what has been ruled be carried out. The trial has been procedurally just, although a hardworking and dedicated man did have to take the fall. Perhaps Ahok was the martyr Indonesia needed to finally wake up and smell the roses. Thank you, Pak Ahok, not only for your dedication to this country, but also for being the hero that Indonesia desperately needs.