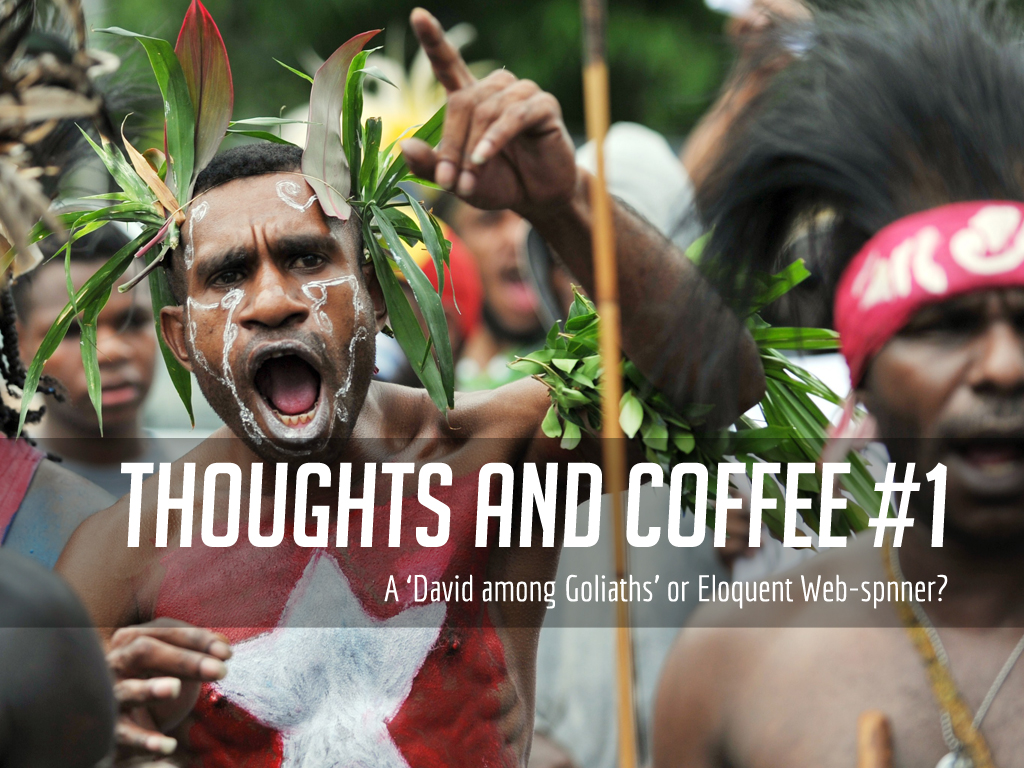 A video (above) has spread overnight of an Indonesian representative to the United Nations General Assembly using their right of reply to a statement made by seven Pacific islands. The countries in question are Solomon Islands, Vanuatu, Tuvalu, Tongo, Palau, Nauru, and the Marshall Islands. The issue was regarding human rights violations in Papua. They are referring to the continued repression by the Indonesian armed forces against the Papuan separatists (or perhaps, dissidents).

Given the intended brevity of this piece, there’s a good documentary by Al-Jazeera that covers the controversy of the issue. It should provide enough background and you might want to familiarise yourself with the issue before proceeding. For those familiar with the story, carry on.

There’s some troubling stuff in the young diplomat’s reply, especially regarding the sovereignty rhetoric and the continued denial of the Papua issue.

The continued use of the sovereignty card. It’s centuries after Westphalia now and the sovereignty trump card doesn’t work that often again. True, according to international principles, sovereignty is still an inherent right for all countries. However, there are schools of thought that believe sovereignty to be a privilege, rather than a basic right. Hence, if a country cannot exercise its privilege in a constructive manner, the state is said to have abused its sovereignty. In simple terms, sovereignty is not a “get-out-of-jail-free card”. Related to this, the diplomat continues to state over and over again that matters of Papua remain under Indonesia’s sovereignty and the sevenPacific islands’ concern or “insinuating remarks” are part of their domestic agenda.

Whether or not the seven Pacific islands’ domestic agenda is relevant or not, the reply itself is purely rhetorical without any substance at all. What she fails to do is provide a convincing argument to show that Indonesia deserves its sovereignty in light of the continued oppression of the Melanesians in Papua. The reality stands that Western journalists are still not allowed into the region, the police and armed forces continue to violate human rights, and even peaceful Free Papua sympathisers are beaten up while ISIS symphatisers get off the hook. A longer list can be found in Budi Hermawan’s commentary on the issue.

If Indonesia cannot even guarantee the basic freedom of speech for its citizens, I’m convinced that Indonesia does not deserve the privilege of sovereignty. Whether or not humanitarian intervention is required is another issue altogether, but as it stands right now, the Indonesian diplomat has no grounds to even consider the seven Pacific islands’ objection to affairs in Indonesia as “meddling with our internal affairs”.

And we praise people like her, who spins webs of lies, who deny gross human rights violations happening right under their nose. We laud her as a “David going against Goliath”. Well dammit, I’m pretty sure Indonesia’s WAY bigger than the seven Pacific islands combined.

Oh, and while we’re playing the rhetoric game… 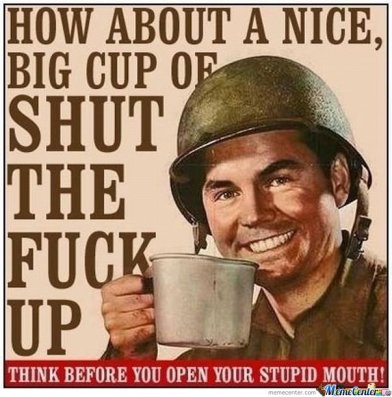 THOUGHTS AND COFFEE is a collection of short commentaries on issues I find interesting.