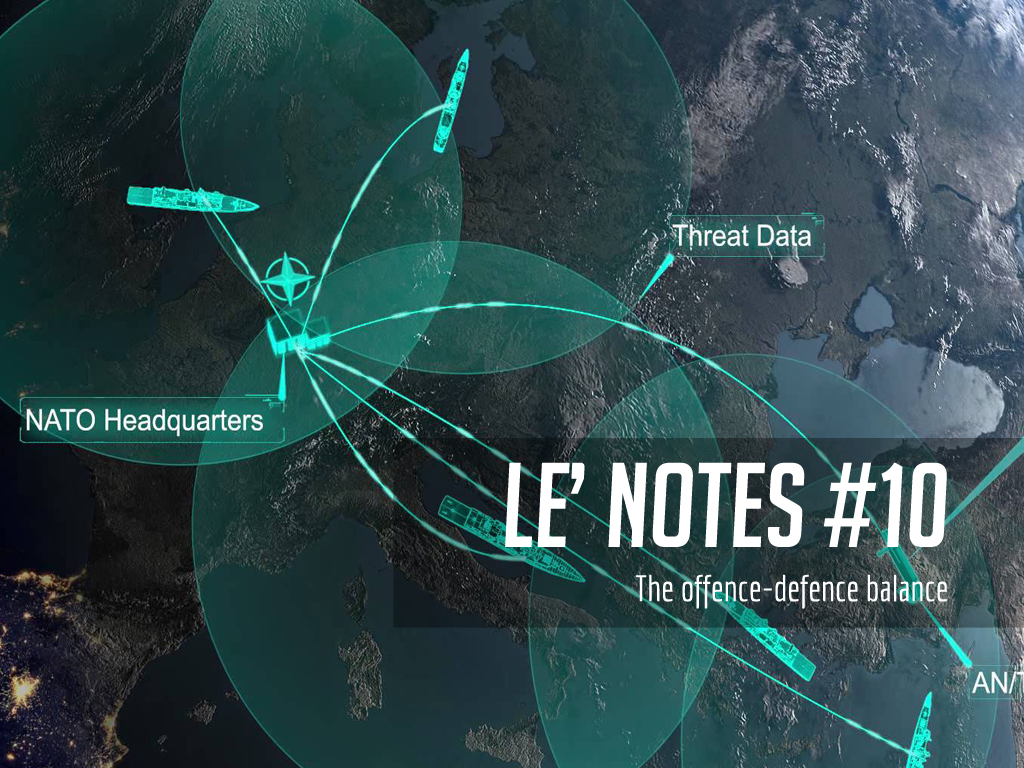 This post discusses strategic postures and how they influence the offence-defence balance.

One of the most prevailing dilemmas in international relations is figuring out whether or not that other guy is out to get me. He has weapons, some tanks, some planes, a possible nuclear ICBM… he must be planning to get me. But is that always the case? We can’t be certain 100% all of the time. This condition is known as the security dilemma, which remains an eternal feature in international relations. Where does the security dilemma come from? Realists say it’s from the fact that there’s no “big brother” to call for help, that the world is always in a state of lawlessness, for there is no God to watch over us. These conditions foster the urge to rely on oneself. As they say, “if you want something done, do it yourself”. The result is different strategic postures.

Now, we’ll talk about the offence-defence balance, or ODB for short. The study of ODB tries to figure out how states make their strategic postures and how the interaction between different postures play out.

What is a strategic posture? It can be understood as the way an armed forces of a state is organised and presented. Like any other weapon, there are offensive and defensive ways to use an army. You can either invade Vietnam or guard against a possible surprise attack from Moscow. But here’s the catch: you can never be 100% certain of what your opponent is thinking. You can anticipate, you can forecast, you can plan, but you opponent has the final say in what they actually do. For example, here’s FNC from the anime, Upotte!, with an obvious FNC rifle in her arms.

At a glance, you might think FNC is legitimately carrying that rifle as part of her exercising her Second Amendment rights. Under the US constitution, it would be legal for her to “bear arms” for her self-defence. But, how can we be sure that she’s not gonna murder people like what happened at Virginia Tech?

Unfortunately, unlike civilised society with a clear-cut set of rules, that is not present in the international state of affairs.

So, how do states make strategic choices which then translate to their postures? I’ve discussed a bit about that in an earlier Note about the arms dynamic. To recall, there are several elements that need to be taken into consideration when thinking about the posture of your armed forces. This is also relevant for any analyst that wants to make sense of a country’s strategic posture.

First, there’s always the geographical factor. It would make more sense if you were to have more battleships if you were an archipelagic nation. It would make even more sense to have a bunch of tanks if you were landlocked by very aggressive neighbours. Furthermore, you would also need to arrange your cities to accommodate your strategy. Nothing kills people faster than horribly-designed cities, where the anti-air batteries can’t roll in because the goddamned river overflowed again thanks to slums built on river banks, allowing the bombers to lay waste to the capital.

Second, there’s the historical and cultural factor. Proponents of strategic culture would argue that there are certain influences that culture has on making strategic decisions. Singapore, for instance, maintains a well-balanced army equipped with the latest technology because they realise their country is small and can be taken over in a matter of days. Strategic choices should then be made congruent to this (ideally).

Most of the time, you can’t just assume their posture from whatever weapons they have or will buy. Context is important. For example, if I presented you with a country’s brief inventory of weapon systems and nothing beyond that, can you conclude their strategic posture?

I’ll give you some time to think.

Done? Now, that inventory is based on actual data from The Military Balance 2016 , [paywall] though I intentionally inflated a few numbers for a laugh. It’s Indonesia’s inventory, by the way. Before I gave you that context, did you assume that was an offensive force? Or was it a defensive force? You might be inclined to say offensive, especially when seeing that many tanks. Or frigates. Or fighters. Here’s the thing: Indonesia’s military is defensive in nature. But you need some context to understand that, which can be found in Indonesia’s history and geographical location.

The problem with most forecasts is that they simply look at the numbers and inventory, and then make assumptions on that. But that’s only looking at one side of the coin. Just because a state suddenly purchases a lot of weapons doesn’t automatically imply an offensive posture. As I’ve discussed in the arms dynamic post, they may just be modernising their armed forces and replacing the crappy shit they’ve had since the 1950s.

Now that we’ve understood the conundrum of simple assumption, let’s move on to the ODB. A classical definition of the ODB comes from Jervis [paywall], who posits that when the advantage for an offensive increases, wars become more attractive and vice-versa. This is the generally accepted definition. An alternate understanding draws from economics. Glaser and Kaufmann [paywall] understand the ODB as the ratio of the cost of the forces the attacker requires to take territory to the cost of forces the defence have deployed. They then outline a series of equations to aid the choosing of a defensive or offensive posture. Of course, bringing maths to the real world would prove complex and difficult to operationalise, since there are several intangible costs that just can’t be quantified. So, let’s just go with Jervis, whose definition is generally accepted as the foundation of neo-realism.

In plain English, ODB is a scale on which you might consider attacking someone else. If the advantage lies in the offence, then you would be more inclined to wage wars because it is fruitful.

When the ODB shifts towards offence, it is generally linked to pre-emption and preventive wars. An example can be drawn from the Israeli strike on the Osirak nuclear reactor (Operation Opera, 1981), which is a classic example of a preventive attack because it was deemed beneficial in the Israeli ODB calculus to defend themselves from a possible nuclear-armed Iraq. Hence, the order was issued to launch an offensive.

Now, to prevent unwanted offences from happening, there’s a theory known as Non-Offensive Defence (NOD) or defensive defence. The idea is that, since adopting offensive postures tend to always shift the ODB towards offence, the reverse should also apply. If states all converted to defensive postures, the world would be a better place. Put simply, the end goal of NOD would be for every state to build the best goddamn shield ever. That way, no offences may ever occur because nothing would ever penetrate the shield.

However, there are also critiques against NOD theory. First, the entire concept of “absolute defence” or in Japanese, zettai bouei, is ridiculous. There is simply no way to construct a perfect shield. Technology may be the answer, such as the Iron Dome missile defence system. However, technology is a dialectical process. States would be locked in an eternal tech race to crack their adversaries’ shields. Second, there’s a limit on how much you’re willing to pay for defence. If your walls are glamourous but your people hungry and disgruntled, you’d be surprised at how quick those walls will crumble from the inside.

Of course, to be fair to the NOD people, there is a way where NOD might prove to be effective. But that involves making friends and conducting confidence-building measures with other countries, and the role of international regimes in mitigating the security dilemma. (See Butfoy [paywall])

Le’ Notes is a collection of my lecture and reading notes, summarized, revised, and ready-to-go. Think of it as a bag of chips; it’s easy to eat, but don’t expect a lot of nutrition. Or, you can think of it as a starting point to learning more about other things that might interest you.

One thought on “Le’ Notes #10: The offence-defence balance”